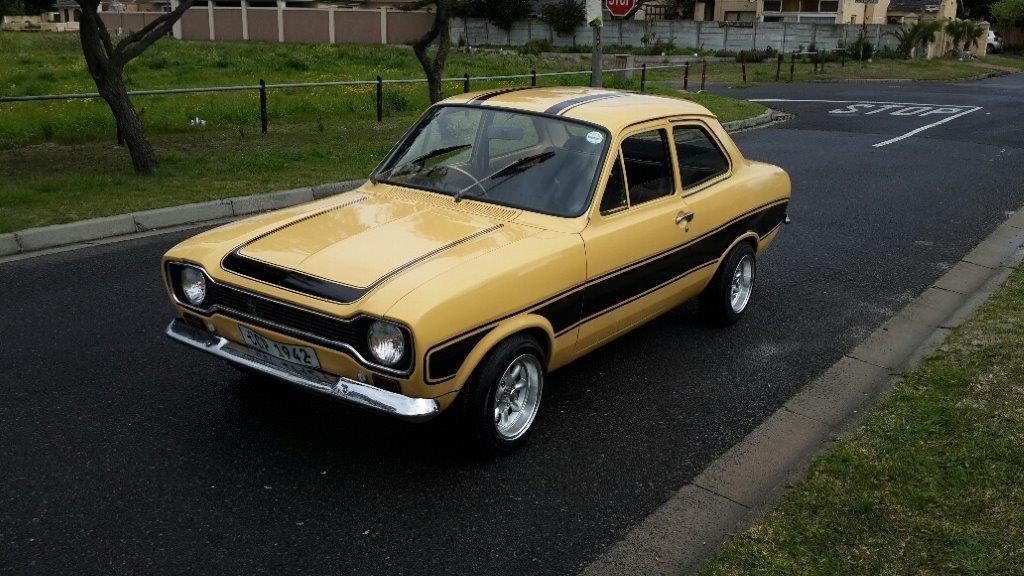 The Ford Escort is a small family car that was manufactured by Ford Europe from 1968 to 2004. The Ford Escort name was also applied to several different small cars produced in North America by Ford between 1981 and 2003.

In 2014, Ford revived the Escort name for a car based on the second-generation Ford Focus sold on the Chinese market.

The Mark I Ford Escort was introduced in the United Kingdom at the end of 1967, making its show debut at Brussels Motor Show in January 1968. It replaced the successful, long-running Anglia. The car was presented in continental Europe as a product of Ford’s European operation. Escort production commenced at theHalewood plant in England during the closing months of 1967, and for left hand drive markets during September 1968 at the Ford plant in Genk. Initially the continental Escorts differed slightly from the UK built ones under the skin. The front suspension and steering gear were differently configured and the brakes were fitted with dual hydraulic circuits; also the wheels fitted on the Genk-built Escorts had wider rims. At the beginning of 1970, continental European production transferred to a new plant on the edge of Saarlouis, West Germany.